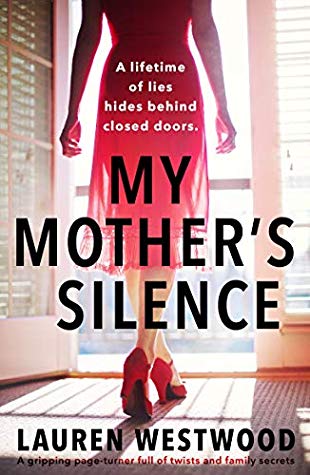 Some things you can never escape. I should know. I’ve been running away for fifteen years, and now I’m right back where I started…

Skye Turner’s family fell apart the day her twin sister Ginny died. Everyone in their tiny community in the Scottish Highlands accepted it was an accident, but more than one person in town is haunted by a secret from that night…

Skye left after the funeral, believing her mother blamed her for Ginny’s death. Skye should have taken care of Ginny, should have been there to stop her falling from the cliffs that night. Over the years, she’s barely spoken to her mother, until the day she receives a phone call asking her to return home.

As soon as Skye arrives in her childhood home, she knows something isn’t right. Her mother has kept the bedroom she shared with her sister like a shrine, Ginny’s clothes and diaries gathering dust, as though her mother thinks Ginny might come back. And there are whispers in town that Ginny wasn’t alone when she died…

Skye is desperate to find out the truth, but her mother just wants her family back together. As Skye begins to unravel everyone’s lies, she realises the truth might tear her family apart for good…

I received a free ebook from Netgalley on exchange for my honest review. All thoughts are my own.

Honestly I thought this book to be something totally different than it actually was. For some reason I thought I’d be reading some serious mystery thriller with murder of some sort. I came back many times to read the synopsis again and again but I guess I didn’t read it thoroughly.

The start was really slow and not much happened. I was tempted to either DNF or skim read until something started to happen. The story rolled over and over Skye’s life and past and just didn’t seem to go anywhere.
But about 50% in the book, things actually started to get somewhere. Skye started to truly dig in to her sister’s death and what happened that night.

What also happened about halfway through, was a romance starting to lift it’s head. And even though I am a romantic, I didn’t like it. I don’t like instant romance because it just doesnt happen. Not in a situation like this at least.

I was also bothered by the fact that everything was so hasty. Like the author wanted this and that to happen on one book, but still wanted to keep it short. The ‘investigation’ for example: it started and then it was over. The romance: one moment spent together and it was love.
In my opinion this could have been better being a little longer and spending more time with things going on. Yes, I don’t like if things keep rolling too long, but when investigating a crime etc. those just don’t get solved by snapping fingers.

All on all it was a nice book and a quick read. Not exactly what i expected it to be but it was a nice change to read a mystery that had a happy ending, sort of.