The second topic of the day includes all the books I’m anticipating to be released during 2020. As you know, I don’t really do pre-orders but these books are some that I consider pre-ordering. Though I doubt I’ll ever get the books on time. 😀

The Betrothed by Kiera Cass
Expected publication : May 5th 2020

A would-be queen. A handsome young king. A perfect match…or is it?

From the #1 New York Times bestselling author of the Selection series comes The Betrothed, a glittering royal romance sure to captivate her legion of loyal readers and lovers of courtly intrigue alike.

When King Jameson declares his love for Lady Hollis Brite, Hollis is shocked—and thrilled. After all, she’s grown up at Keresken Castle, vying for the king’s attention alongside other daughters of the nobility. Capturing his heart is a dream come true.

But Hollis soon realizes that falling in love with a king and being crowned queen may not be the happily ever after she thought it would be. And when she meets a commoner with the mysterious power to see right into her heart, she finds that the future she really wants is one that she never thought to imagine.

Who wouldn’t want some more from the author of The Selection? I know I do. And I will read this book as well as reread The Selection.

#1 New York Times bestselling author Sarah J. Maas launches her brand-new CRESCENT CITY series with House of Earth and Blood: the story of half-Fae and half-human Bryce Quinlan as she seeks revenge in a contemporary fantasy world of magic, danger, and searing romance.

Bryce Quinlan had the perfect life—working hard all day and partying all night—until a demon murdered her closest friends, leaving her bereft, wounded, and alone. When the accused is behind bars but the crimes start up again, Bryce finds herself at the heart of the investigation. She’ll do whatever it takes to avenge their deaths.

Hunt Athalar is a notorious Fallen angel, now enslaved to the Archangels he once attempted to overthrow. His brutal skills and incredible strength have been set to one purpose—to assassinate his boss’s enemies, no questions asked. But with a demon wreaking havoc in the city, he’s offered an irresistible deal: help Bryce find the murderer, and his freedom will be within reach.

As Bryce and Hunt dig deep into Crescent City’s underbelly, they discover a dark power that threatens everything and everyone they hold dear, and they find, in each other, a blazing passion—one that could set them both free, if they’d only let it.

It’s a book by Sarah J. Maas. Do I need to explain myself more?

One of Us Is Next by Karen M. McManus
Expected publication : January 7th 2020

The highly anticipated sequel to the New York Times bestselling thriller everyone is talking about, One of Us Is Lying! There’s a new mystery to solve at Bayview High, and there’s a whole new set of rules.

Come on, Bayview, you know you’ve missed this.

A ton of copycat gossip apps have popped up since Simon died, but in the year since the Bayview four were cleared of his shocking death, no one’s been able to fill the gossip void quite like he could. The problem is no one has the facts.

This time it’s not an app, though—it’s a game.

Phoebe’s the first target. If you choose not to play, it’s a truth. And hers is dark.

Then comes Maeve and she should know better—always choose the dare.

But by the time Knox is about to be tagged, things have gotten dangerous. The dares have become deadly, and if Maeve learned anything from Bronwyn last year, it’s that they can’t count on the police for help. Or protection.

Simon’s gone, but someone’s determined to keep his legacy at Bayview High alive. And this time, there’s a whole new set of rules.

I have no idea how anyone has been able to wait for this for THREE  YEARS!? I have barely waited for a year and it has been a torture. Yes it’s not the same as One of Us Is Lying but it kind of is. 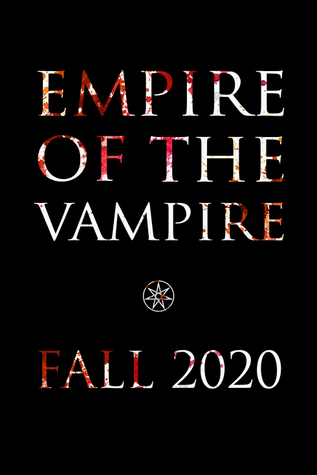 Twenty-seven years have passed since the last sunrise, and for almost three decades, the creatures of the night have walked the day without fear. Once, humanity fought bravely against the coldblood legions, but now, we exist only in a few scattered settlements—tiny sparks of light in a growing sea of darkness.

Gabriel de León is the last of the Silversaints, a holy order dedicated to defending realm and church, now utterly destroyed. Imprisoned for the murder of the vampiric king, Gabriel is charged with telling the story of his life.

His tale spans years, from his youth in the monastery of San Michel, to the forbidden love that spelled his undoing, and the betrayal that saw his order annihilated. Most importantly, Gabriel will tell of his discovery of the Grail—the legendary cup prophesied to bring an end to the eternal night.

But the Grail was no simple chalice; and its secret was held by a smart-mouthed teenage urchin named Dior. Their journey with a band of unlikely allies would see Dior and Gabriel forge an unbreakable bond, and set the broken paragon on a road to redemption.

But now, the Grail is shattered. And with the cup of the Savior destroyed and the last Silversaint awaiting execution, what can bring an end to this unholy empire?

Empire of the Vampire is an illustrated dark fantasy epic; the bastard lovechild of Interview with the Vampire, The Road and The Name of the Wind. 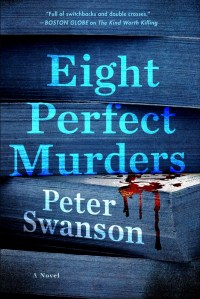 From the hugely talented author of Before She Knew Him comes a chilling tale of psychological suspense and an homage to the thriller genre tailor-made for fans: the story of a bookseller who finds himself at the center of an FBI investigation because a very clever killer has started using his list of fiction’s most ingenious murders.

Years ago, bookseller and mystery aficionado Malcolm Kershaw compiled a list of the genre’s most unsolvable murders, those that are almost impossible to crack—which he titled “Eight Perfect Murders”—chosen from among the best of the best including Agatha Christie’s A. B. C. Murders, Patricia Highsmith’s Strangers on a Train, Ira Levin’s Death Trap, A. A. Milne’s Red House Mystery, Anthony Berkeley Cox’s Malice Aforethought, James M. Cain’s Double Indemnity, John D. Macdonald’s The Drowner, and Donna Tartt’s A Secret History.

But no one is more surprised than Mal, now the owner of the Old Devils Bookshop in Boston, when an FBI agent comes knocking on his door one snowy day in February. She’s looking for information about a series of unsolved murders that look eerily similar to the killings on Mal’s old list. And the FBI agent isn’t the only one interested in this bookseller who spends almost every night at home reading. The killer is out there, watching his every move—a diabolical threat who knows way too much about Mal’s personal history, especially the secrets he’s never told anyone, even his recently deceased wife.

To protect himself, Mal begins looking into possible suspects—and sees a killer in everyone around him. But Mal doesn’t count on the investigation leaving a trail of death in its wake. Suddenly, a series of shocking twists leaves more victims dead—and the noose around Mal’s neck grows so tight he might never escape.

I saw Kayla talk about this book and she thought it would be a good one. And if I trust something, it’s Kayla’s thoughts about mystery/thrillers!

What are your most anticipated books of 2020?